I felt so empowered by Senator Pat Roberts - at the passion he and his staff had for helping people. He helped me to understand that I could make a difference in some way. 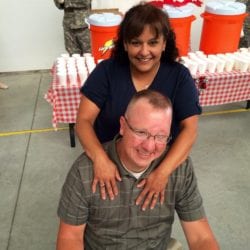 Live every day to the fullest, don’t take things personally, and TAKE and MAKE time for yourself.

I am so excited to meet other caregivers to share ideas, and to possibly help others who are walking this same path. To help spread the word about caregivers and the Elizabeth Dole Foundation. I can’t wait!

Counseling was a critical piece to my healing, I felt as though I had lost myself in being a caregiver. The counseling helped me realize that I was still me and that my dreams and hopes were still viable. I utilized a private counselor through TRICARE. 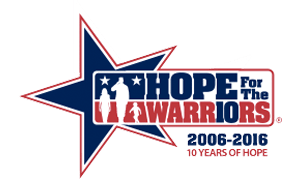 Sent us to Disney for a conference

Patti Walker of Fort Riley, Kansas is a caregiver to her husband Kevin, an Army veteran. On May 4, 2004, Kevin was grievously wounded by an improvised explosive device (IED) while conducting a combat mission in Iraq and was transported to Baghdad for emergency brain surgery with a grim prognosis. He was later transported to Walter Reed National Military Medical Center where Patti met him and sat at his bedside while he was in a coma for 22 days. During this time, doctors approached Patti with one of the hardest decisions she’s ever had to make: take Kevin off life support or have him live the rest of his life in a vegetative state. Just 24 hours later, Kevin miraculously started breathing on his own.

Once Kevin was off of life support and stable enough to transfer locations, the couple moved back to Fort Riley and tried to adjust to their new life that included routine 120 mile-long drives to Physical and Occupational Therapy. Patti assumed responsibility for coordinating all Kevin’s medical appointments, which included 24 trips to Walter Reed over two years, all medication administration and bandage changes, household chores, and caring for their two young children. Patti has spent the last 14 years as Kevin’s full-time caregiver, helping him cope with the residual effects of his traumatic brain injury (TBI), post-traumatic stress, and complete enucleation of his left eye.

Patti and Kevin’s children, who are now young adults, were just two and 12 at the time of their father’s injury. Both children have been deeply impacted by his transformation, having difficulty processing the wounds of war that will affect their father for the rest of his life. Patti’s dreams of pursuing a nursing degree were put on hold while her nursing aptitude was put to the test. In 2006, Patti began her career as a nonclinical case manager for the nation’s most severely wounded soldiers and their families.

As a Dole Caregiver Fellow representing the state of Kansas, Patti looks forward to advocating on behalf of caregivers and their children, and creating a stronger support group for hidden heroes to come together and discuss their shared experiences.