I realized as my spouse struggled with guilt, pain, and shame, that they would need me to be the strong one in those moments. Be mindful of comparing your journey to others. Every military veteran and every individual who serves in the role of a caregiver has their own baggage and burdens to carry. We are stronger as a community and should use our strengths to help others when we are able to, but it is not an obligation. Take care of yourself and your family first.

My entire life has changed because of my spouse. I found a passion in advocacy and fighting for those who aren’t able to because of my experience of being a caregiver and being turned down for resources. I don’t consider myself having made sacrifices because everything I do for my spouse has made our lives better and our marriage stronger.

Next Step provided our family with an opportunity to partner my loved one with a service dog in training and experience the training and bonding process together. We’ve watched as Next Step has grown to provide facility dogs for fire and police, service dogs for veterans and first responders, and education and awareness to the larger community. Our experience with Next Step allowed my spouse to build an incredible partnership with an incredible dog, and it made our life better. 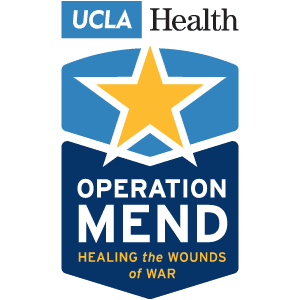 Kirsten Laha-Walsh met her Marine veteran spouse Chris while she was an active duty Navy Corpsman. As soon as they began dating, Kirsten naturally stepped into the role of a caregiver and helped Chris find the medical care he needed but had not arranged for himself. Within the first year of their marriage, Kirsten had compiled a full binder of Chris’ military experiences during the initial invasion of the Iraq War, the circumstances around his being shot outside Fallujah, and all his medical battles, including losing mobility of his arm, traumatic brain injuries (TBIs), a brain cyst, incidents of toxic exposure, and post-traumatic stress disorder (PTSD). At the time of Chris’ first alive day with Kirsten, which was one of the hardest nights she ever lived through, she was asking herself “What have I gotten myself into?” However, as a Corpsman, Kirsten would never leave her Marine behind.

Kirsten received her master’s degree in social work from the University of Southern California shortly after she left the Navy. They soon relocated to Alabama to be closer to family and for Kirsten to begin her Ph.D. program at the University of Alabama. While living in Alabama, Chris came out as a transgender individual (MTF) and wanted to seek care and resources for transitioning. While it took time for Chris and Kirsten to choose the path that best suited their family, Chris began his transitioning journey in February 2022.

Kirsten manages life’s logistics and planning for herself and Chris including budget management, physical activities that require two hands, and navigation of medical needs and situations. In addition to caring for Chris, Kirsten also began exploring advocacy on a national policy level. In 2021, she accepted a fellowship from HillVets and Wounded Warrior Project that has allowed her to work in Congress for the For Country Caucus as well as with the Wounded Warrior Project government relations team.

Kirsten also is working on her dissertation for her Ph.D. in social work research with a focus on the military and veteran-affiliated communities. On a state level, she serves on the state of Alabama Head Injury Task Force and the leadership council for the Central Alabama Veterans Collaborative. Within the University of Alabama, she performs research as a member of the Veterans and Media Lab and as a team member of the Office for Military Families and Veterans (School of Social Work). She plans to continue her advocacy and journey to support veterans nationwide on several issues, including LGBTQ+ services and resources specific to veterans and military-affiliated populations.