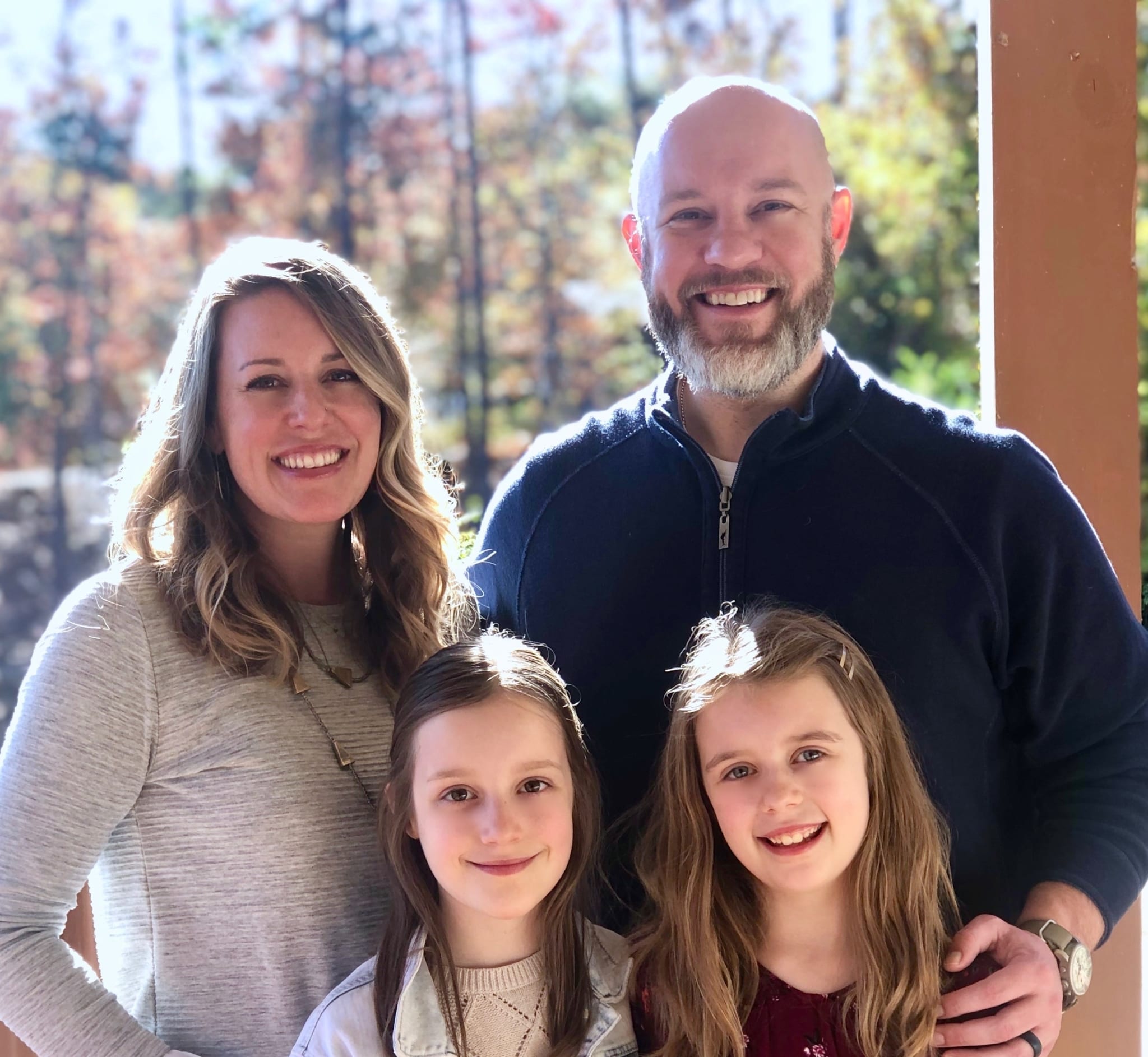 Serving in this new role as a caregiver is one of the most challenging roles that I’ve had the honor of fulfilling. I was sitting in the audience at an Elizabeth Dole Foundation gathering in Washington, DC. I was listening to a Dole Fellow alumna speak about her experience as a caregiver, and it hit me right there in my seat. I realized in that moment that I too am a military caregiver—I had never heard the term before. It was shocking, validating, and empowering all at once.

Being a military caregiver is an extension of the service that was already ingrained in me as a valuable part of our family ethos. I knew that my husband’s voluntary oath to serve in the U.S. Army would require sacrifice on my part and that of my children, and I was happy to support my soldier and our nation in that way. Rarely, however, do we look ahead down the road of tragedy, to envision what might happen if an injury or illness cuts short the long term plan of military service. When it happens, it catapults us into a different type of service, not one we choose, but one that must be fulfilled—still quite honorable and wholly vital. Serving in this new role is one of the most challenging roles that I’ve had the honor of fulfilling.

You are not alone. It may feel like that more often than not, but there is a huge network of people in your same scenario that have a wealth of experience, wisdom, and encouragement to share. Each of us must take the brave step forward into community to truly give and receive the support we all desperately need.

I’ve met with the Director of the Warrior Care programs and he has a wealth of knowledge of so many resources out there for caregivers. The main resource he pointed me towards was the Military Caregiver Directory. It is a compiled list of resources, websites, foundations etc that serve Wounded Warriors and their caregivers. It is a great starting point for finding organizations or DoD programs that offer support for specific veteran/caregiver needs. From counseling support and therapies for veterans to scholarships and resources for caregivers/family members, it is a powerful search tool. The Special Operations Care Coalition was a game changer for us. When my husband was improperly enrolled in the Medical Evaluation Board (MEB) process, we were left alone to navigate the medical separation process. A friend pointed us toward this program and we realized he qualified for the program based on his years of service with 7th Special Forces Group. They provided a personal liaison at Walter Reed who served our family tirelessly throughout the MEB process. He drove my husband places when I could not get childcare covered, he helped us move when my husband was too sick to do so, and he attended every doctor’s appointment and meeting when my husband needed help (due to brain fog etc). Our liaison served as an advocate for us when we could not do so for ourselves, and the program took us under their wing when it mattered most. We are forever grateful.

When Jennifer Ostan’s husband Will returned from Afghanistan in 2013 (his second deployment after serving in Iraq in 2008-2009), she saw him going through the typical reintegration fatigue. But as time progressed, Will’s fatigue remained with him, adding to it a host of mysterious symptoms that would show up for days and weeks at a time. It would be a tedious five-year journey before they began to find answers for these flare-ups and the invisible illness Will battled.

In January of 2018, while at an emergency room for the fourth time in one year, Will sent Jennifer a text with a link to an article about Behcet’s Disease, a rare autoinflammatory disease common in the Middle East and Asia. Will told her the doctors believed he may have been exposed to environmental toxins in Afghanistan that brought about Behcet’s Disease. Will’s orders were already cut for an infantry unit getting ready to deploy, but the Army immediately re-routed him, Jennifer, and their twin daughters to Washington, D.C. for access to specialized medical care. In a matter of months, Will was placed in the medical separation process. He was subsequently diagnosed with postural orthostatic tachycardia syndrome (POTS), and received care at Walter Reed National Military Medical Center under the purview of the U.S. Special Operations Warrior Care Program.

Jennifer stepped up to care for Will during these unpredictable flare-ups while continuing to work part-time and helped navigate his medical retirement, which became official on September 11, 2019. Having a degree in organizational development, Jennifer was adept at juggling numerous tasks and projects as well as military life. However, she found her new role as caregiver to be unfamiliar and evolving over time. There is no cure for Behcet’s Disease and the treatment for POTS is trial and error. Similar to so many caregiver scenarios, Jennifer found herself on a journey she never expected.

Jennifer currently homeschools their twin daughters and serves as Vice President of Arc of Justice, the non profit organization they founded to advocate for fellow wounded warriors.  She continues to research and implement ways that can best support Will’s health challenges, and her time spent providing healthy food and supplements is resulting in marked improvements.

In September 2019, when she attended an event hosted by the Elizabeth Dole Foundation in Washington, DC, Jennifer realized she was a military caregiver for the first time. She is now empowered to remind others that they are not alone in their journey and to shine a light on military families and their caregivers.