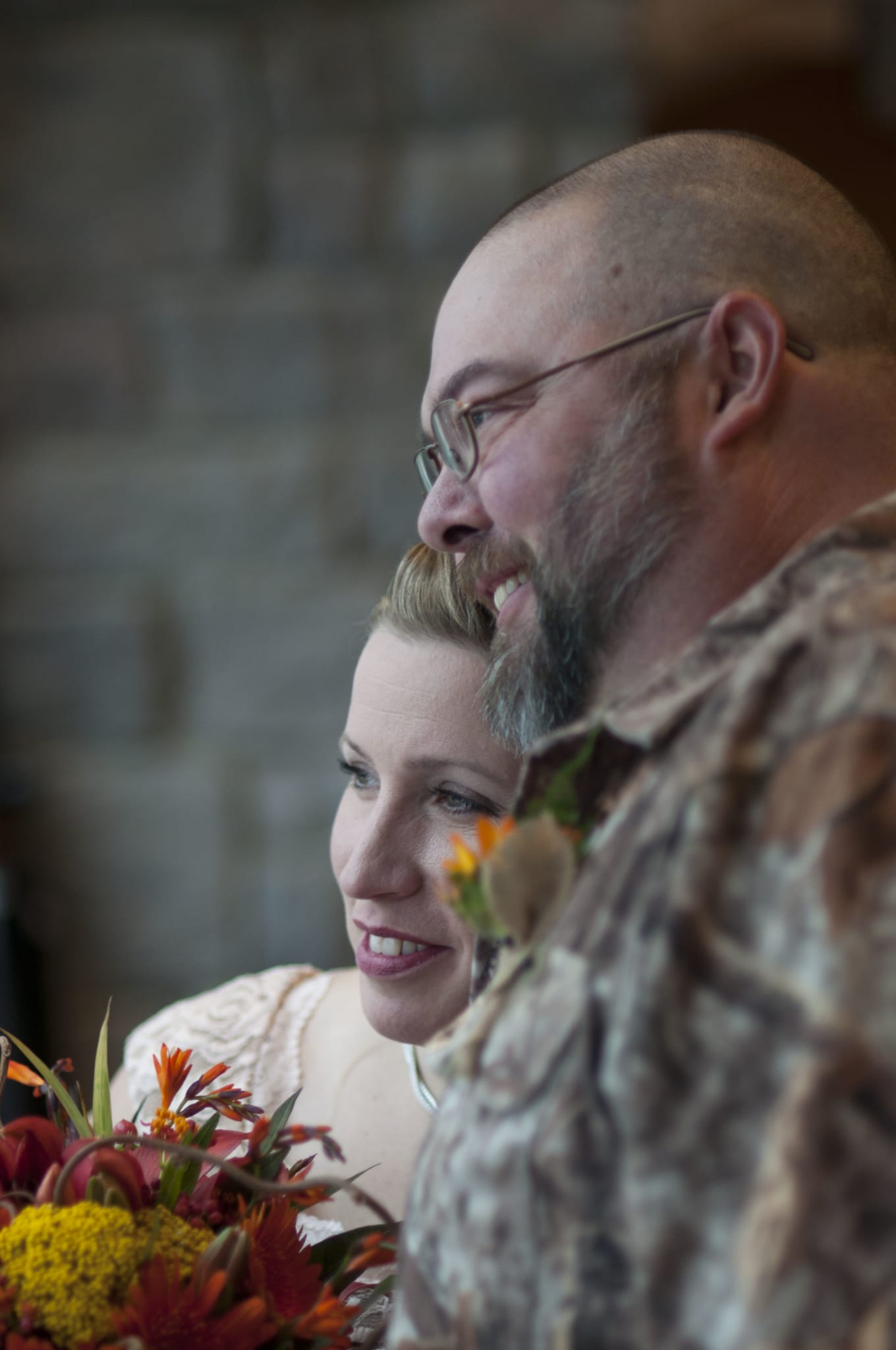 Being a caregiver is one of the hardest but most rewarding things I have ever done, but there are no hard and fast rules, and nothing is certain in this life. I left my full-time job to give my husband the support he needs daily. It is harder to maintain adult friendships because most people who have never walked this path do not understand, but I have also met some extraordinary people who consistently inspire me.

How has the Elizabeth Dole Foundation, the Hidden Heroes Caregiver Community, or any EDF programs affected your life?

Being a part of the Hidden Heroes Caregiver Community reinforces that I am not alone in this journey—in both the emotions I feel and the challenges of being a caregiver. Our circumstances are different, but we are all going through similar things.

Patriots Cove has given me a local community of other caregivers to lean on when I need it, and to be supportive when they need it. Patriots Cove has also provided a place for my husband to be able to enjoy hobbies he used to love doing. Being there provides the mental break we both need. I attended my first Wellness Summit this year and they do an amazing job with sharing information about all facets of our health that goes beyond the basics. I thoroughly enjoyed the speakers and learned so much about thinking differently about my health.

Georgette Wenton first learned that she was part of a large community of military caregivers when she saw the Elizabeth Dole Foundation’s Hidden Heroes Campaign highlighted on NBC’s TODAY. Georgette married her husband Jason in 2015, 20 years after his service in the Army. Her role as a caregiver began slowly, early in their relationship, when Georgette noticed that Jason’s post-traumatic stress disorder (PTSD) would cause him to have nightmares and be hypervigilant when out in public. A year after their wedding, Jason began a new medication to manage symptoms of severe gout and psoriasis, caused by his deployment for Operation Desert Storm/Desert Shield. Instead, the treatment began having a severe impact on his health.

In recent years, Jason’s medication weakened his bones, which results in spinal fractures. Georgette suddenly needed to help him with basic tasks, such as showering. He also suffered the effects of Gulf War Syndrome, but it wasn’t until 2019 after he needed a bilateral amputation below the knee that Georgette realized she would become her husband’s full-time caregiver. Following a second surgery to treat an infection in the amputation sight, it was up to Georgette to figure out how to clear his PICC (peripherally inserted central catheter) line and pack his wounds, two procedures she was not trained to do. Georgette now helps Jason with managing his appointments and medications, monitoring his amputation sites for infection, and putting on his prosthetics. Because Georgette advocated for her husband’s amputation to be considered service-connected, Jason now has more independence because of an addition on to their house with a space for him to shower, made possible by donations, and an adaptive vehicle for him to drive.

The best day for Georgette as a caregiver was when she was contacted by a local motorcycle club who heard about Jason’s surgery and wanted to help. The day that a dozen bikers walked into his rehab room, Georgette saw that Jason and their family had a new support system. The club has been there for them and their entire family ever since.

Georgette has struggled to maintain her own identity and practice self-care. She devoured any information on self-care she could find, only to be left disappointed by how generic it all seemed. Now whether it is standing on her porch to watch a thunderstorm roll in or a lunch outing with a friend, she has become passionate about the importance and value of recharging, digging deeper into learning new ways to think about self-care, and applying it to her life.