It is easy to consume yourself with worries... In the role as a caregiver these worries can be suffocating... just breathe and take one day at a time. I believe it was the day that our son came home for good from the military. Even though we had already been through so much after his injuries, I knew the day he came home he was our responsibility.

I am very excited about this opportunity. In my years as a caregiver to my son, I have learned so much and I am anxious to pass along the knowledge I have gained. I am also looking forward to being able to help in more capacities on a local, state, and national level. The input we gain as caregivers is invaluable and should be passed on to people in positions to make a difference for our veterans.

My caregiver coordinator has gone above and beyond in helping me to communicate with VA doctors and just listening when I felt like no one else in the world understood. She also has helped me the multiple times that Daniel went missing by assisting me with resources to help find him. 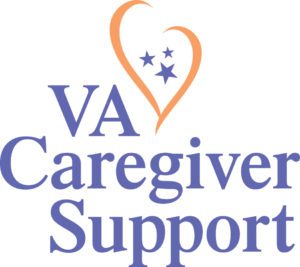 The Semper Fi Fund has helped us several times by paying for a plane ticket for my husband when Daniel had emergency brain surgery. They have also helped us with legal fees related to Daniel and his guardianship.

Wounded Warrior DISC in Atlanta has been very helpful to us in finding additional alternative treatments for Daniel. They helped me find some extended care for Daniel’s mental health recovery.

Alana Centilli of Cropwell, Alabama was a military caregiver to her stepson Daniel, a Marine Corps veteran. One of her biggest challenges was ensuring that doctors acknowledge the complete and complex history of Daniel’s treatment and utilize her knowledge of his conditions.

Daniel was deployed to Afghanistan in 2011. He was wounded by an improvised explosive device (IED) in 2012 and transported to Germany for medical treatment. Soon he was diagnosed with traumatic brain injury (TBI) and post-traumatic stress disorder (PTSD), though these were not the end of Daniel’s medical issues. Later in 2014, doctors found a brain tumor and surgery was immediately scheduled. Daniel developed a cyst on his brain, causing bipolar disorder and other severe mental health issues.

When Daniel once went missing, missing person reports were filed. He had to be institutionalized on many occasions in different psychiatric wards. One of Alana’s recurring challenges is convincing Daniel to accept the help he needs. Each day she managed corresponding with medical personnel, financial issues which arise, schedules medical appointments, and strived to make his life as “normal” as possible.

After intense recovery, Alana and her husband entered Daniel into a residential hospital program that would rebuild his independence. After a few months, Daniel returned home for the holidays to evaluate how he would be outside of the hospital. Daniel was home long enough to open presents and attend church, but he soon felt tired and ill. The night before Christmas Eve, Daniel went to bed early and passed away peacefully in his sleep.

The sudden loss of Daniel was the final step in Alana’s caregiving journey, but it’s one that has taken the longest to heal from. She seeked help and was diagnosed with PTSD, and is coping with second hand trauma. The Marines who fought beside Daniel served as his pallbearers and helped their family through the grieving process, sharing stories and memories of Daniel.

Alana is an Executive Assistant to the Vice President of Southern Research Institute and enjoys volunteering for organizations such as Our Lady of the Lake Catholic Church, the VFW Auxiliary, and Code of Support Foundation.

As a Dole Caregiver Fellow, Alana’s goal is to represent stepparents who care for their stepchildren as their biological family and to continue sharing her unique story with other families like hers so they know they’re not alone.